How Do You Know? 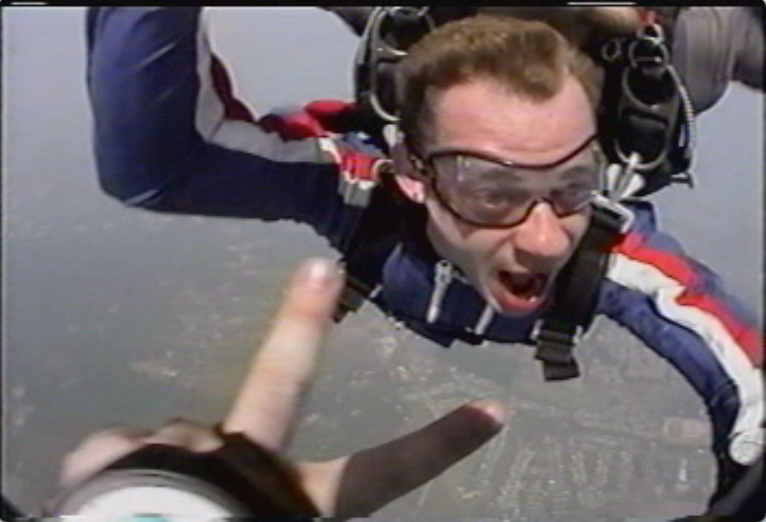 I hadn’t heard from Joe in a very long time.

We lived in the same city, but somehow that proximity always seemed to work against me. It seemed that the closer a friend lives the further are the chances to make plans to see them. Joe and I weren’t the closest of friends. We would bump into each other here and there at different parties on regular occasions, but that was a long while ago. I hadn’t heard from Joe in a very long time.

When I saw his name on caller ID, I was pleasantly surprised. “I don’t have much time,” he said, “I’ll be driving through the city around midnight and we will go. Not far from the city. Do you want to join me, camp overnight and catch up?”

That was one odd invitation. I wanted to see Joe anyway, but the circumstances were suspicious to say the least. I had no clue where exactly he was going, why he was in a rush in the middle of the night, and was absolutely clueless what awaited me there. So without giving it a second thought I said, “Where do we meet up?”

Thinking back about that day I recognize that even the first thought did not cross my mind at the time either, much less the second. I drove to the meeting point and he said to follow him. So for the next hour I just drove behind him. He was obviously in a cheerful mood. It was a very warm summer night; he had his driver side window open, his hand was out and snaking through the oncoming airflow. I couldn’t hear him, but I am certain he was either singing to himself or bouncing to music. I should have had questions or concerns, but I did not.

We arrived wherever we were going rather late. I was sleepy and ready to pass out. We parked cars. He grabbed a couple of sleeping bags and pranced into a fog. It was a steamy summer night and humidity was turning into a fog. It was so thick and heavy that it looked like a cloud fell on the ground and we were finding our way through it. “There’s camping here. We’ll crash over there.”, said Joe and disappeared into the fog. “Nope. All spot are taken. Follow me.”

I saw silhouettes of trees. There was a dissolving form of a moon shining from above. And then something weird started emerging from the distance. Familiar washed out shapes. I could not believe it. Many of them. Different sizes too. These were real airplanes. Close enough to be touched. And Joe was touching one. He was actually not just touching one. He popped the weird looking door upwards, threw his sleeping bags inside, and jumped into it. “Come!” he reached down and helped me in there. “We’ll spend a night here.” This was definitely turning into a very weird camping trip. I was exhausted and passed out quickly. When I came to, Joe was nowhere around me. And plane’s engines were definitely not off. The whole thing was vibrating. I freaked out and went for the door. It was bright out. No fog. Airplanes. Many airplanes. And people. Weird people dressed in what seemed to be clown costumes. And smiles. Everyone was having a blast. And Joe.

“Good morning”, he said, “you are done with the toughest part. Getting to the dropzone for the first time. The rest is easy.” He ran off and disappeared with other people inside an airplane. The plane taxied and took off shortly. Where are we? What’s a drop zone? Who are these people? I found answers to all of these questions by sitting around and watching for a few hours. Crazy people jumping out of perfectly good airplanes with parachutes. And paying for it too. To my surprise it turned out that Joe was not the only friend at this dropzone afflicted by this craziness. I was very surprised to see Sergey, a very close friend for many years. You think you know a guy, and he turns out to be a skydiver. A few hours of being in a complete daze later I could no longer stay on the ground and signed up for a tandem. Joe and Sergey went with me and even filmed my wide eyed mug. That was a first of many many many jumps.

How do you know that somebody is a skydiver?

Don’t worry, they’ll tell you about it.

Some right away. Some someday. Maybe.

Please Read Before You Book Your First Jump Course!

You MUST be below 225 lbs to jump our student skydiving gear.

If your weight is below 225 lbs please click the link below to proceed with your First Jump Course Booking!

If you have ANY questions please do not hesitate to call one of our friendly manifest staff.

They will be happy to answer any questions you have regarding your tandem skydive.